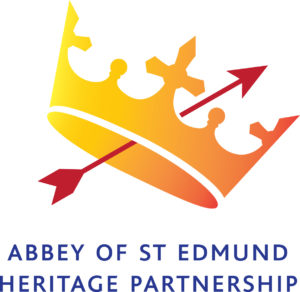 It’s the start of a significant year for the Abbey of St Edmund and in preparation for the celebrations, work will have begun on removing the old tennis courts.
This year marks 1000 years since the foundation of the Abbey of St Edmund by King Canute and celebrations are planned for throughout the year.
As part of this special year, the Abbey of St Edmund Heritage Partnership will be applying for grant funding that would, if successful, enable it to gain a better understanding of the structures, artefacts and other links to the Abbey’s medieval past that may lie beneath a large part of the Abbey of St Edmund area.
It hopes to do this through a geophysical scan – a way of seeing what’s buried without disturbing the ground.
In the meantime, with new tennis courts at the former Eastgate Nurseries in the Abbey Gardens due to open this summer, work to remove the tarmac on the old tennis courts to ready them for the Abbey of St Edmund 1000 celebrations will start this week. The work, which will enhance the appearance and setting of the area, will see contractors on site for five weeks while the area is laid to grass. The removal of the tennis courts will take place under professional archaeological supervision.
It’s then hoped that, subject to the results of funding bids, a wide area of the Abbey including the site of King Canute’s stone rotunda built just after the foundation of the of the Abbey in 1020, can be scanned later this year.
The Reverend Canon Matthew Vernon from St Edmundsbury Cathedral, chairman of the Heritage Partnership, said: “This is a very significant year for the Abbey of St Edmund and our aim is to find out more about its archaeology and history so we can understand and share more of the story of St Edmund and the Abbey with local people and visitors. There has also been lots of speculation and excitement about the possibility that St Edmund, the martyred King of East Anglia and first patron saint of England, might be buried within the Abbey grounds. While our scan would include the site of the old tennis courts, its purpose is to further the research and discover more about what structures, artefacts and other links to the Abbey’s medieval past may lie beneath a much larger part of the former Abbey. It is our belief that this would in turn greatly contribute to our understanding of this internationally significant heritage site which remains a scene of continuing wonder and delight.”
The Abbey Gardens represents just a third of the former Abbey of St Edmund area which stretches as far as St Mary’s Church, the Vinefields and the water meadows. The Abbey of St Edmund Heritage Partnership was set up to help protect and conserve the entire area and to develop greater public understanding of its archaeological, historical, architectural and religious significance.
Cllr Joanna Rayner, West Suffolk Council Cabinet Member for Leisure and Culture said: “This is a year of celebration for our communities in Bury St Edmunds and West Suffolk – celebrating St Edmund, 1000 years of the Abbey founded in his honour and its national and international significance. While we have much history and heritage to be proud of already, there is so much more that we hope to discover in 2020 and it looks like it could be a very exciting year ahead.”
The Heritage Partnership is led by St Edmundsbury Cathedral in collaboration with West Suffolk Council and representatives of Suffolk County Council, Bury St Edmunds Town Council, Historic England, English Heritage, the University of East Anglia, the University of Suffolk, the Bury Society and several local community groups as well as specialist planners, architects, historians and archaeologists.