A community archaeological dig in part of the former Abbey of St Edmund has unearthed a medieval ring and pottery. 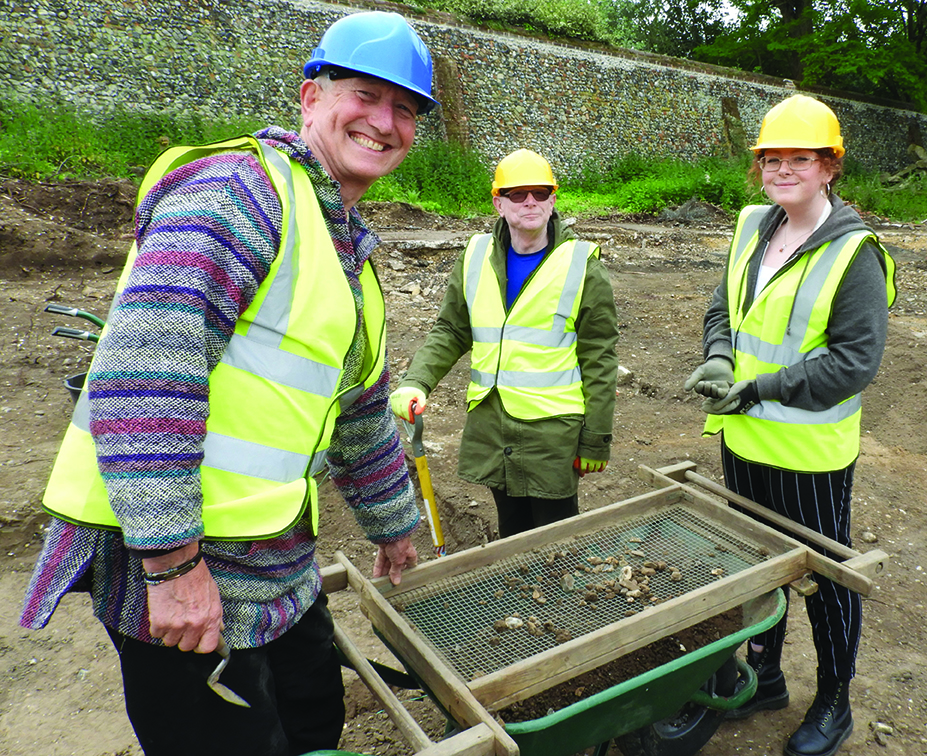 The dig which took place over two days, saw 32 members of the public aid an archaeological excavation of the former Eastgate Nurseries across the River Lark from the Abbey Gardens in Bury St Edmunds. The site will accommodate new tennis courts, picnic area, the town’s fire beacon and link paths providing easier routes between Ram Meadow and No Mans Meadow.

It is the first community archaeology to take place at the site since the formation of the Abbey of St Edmund Heritage Partnership in 2016, a partnership that is led by St Edmundsbury Cathedral and West Suffolk Council in collaboration with nearly 20 other local and regional public, private and voluntary organisations.

Archaeological investigations showed that the river terrace was extensively quarried, from around the 12th century for the sand and gravels that were probably used in the construction of the stone buildings in the Abbey. The dig also found animal bones and traces of clay lined pits as evidence of a tannery that was on the site close to the Abbots Bridge.

“We are already looking at how best to engage the local and wider community in some of the archaeological investigations that could take place within the area over the next few years.

“On this occasion, there was an opportunity for a limited number of people to take part in a supervised community archaeological dig. This was on the site of what will become the new tennis courts and a new picnic area at the former Eastgate Nurseries adjoining the Abbey Gardens. We look forward to sharing the findings of these archaeological investigations more fully in due course.”

Cllr Joanna Rayner, West Suffolk Council, Cabinet Member for Leisure and Culture said: “What is great, is the sense of renewed interest not just in St Edmund but also the Abbey of St Edmund, of which the Abbey Gardens is just a part. The archaeological investigations could add more to our understanding of this wonderful heritage area which has great national and international significance. We look forward to engaging people in its story in new and exciting ways when, as a community, we share celebrating 1000 years of the Abbey in 2020.”

The Heritage Partnership, relies on the time and effort of volunteers, and we are looking for more people to offer their skills and expertise. Anyone who can offer assistance should e-mail:
lorna.heritage@protonmail.com