Bake this vegan tart for a showstopper at a summer dinner party. 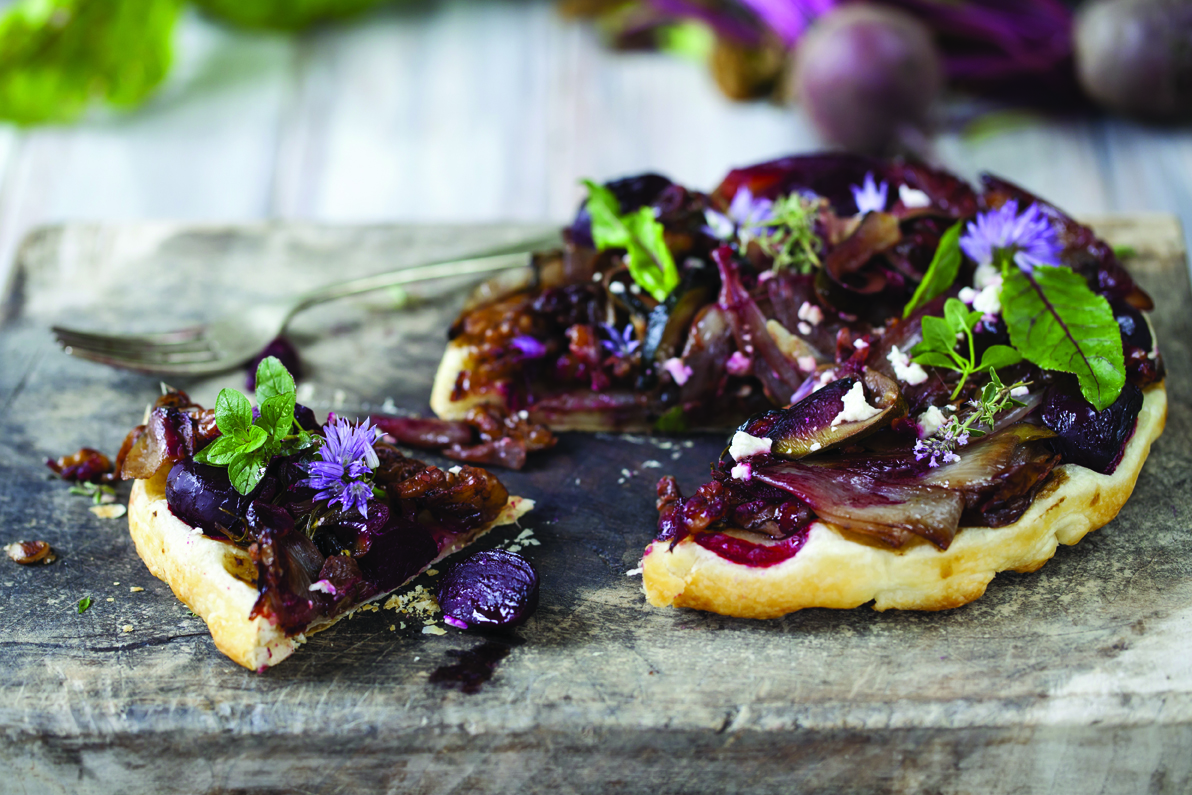 Method:
Heat oven to 200C/180C fan/gas 6. In a bowl, toss the beetroot and onion in 2 tbsp of the oil, the vinegar and sugar. Add the star anise and season well. Heat the rest of the oil in a large, ovenproof non-stick frying pan, then nestle in the veg so that they cover the surface of the pan. Cover with foil and cook in the oven for 45 mins.
On a well-floured surface, roll the pastry to a thickness of 0.5cm and cut out a circle the same size as your frying pan. Carefully take the pan out of the oven, remove the foil and wiggle the beets and onion around in the pan to make a compact layer. Put the pastry on top, tucking it in all around the edges, then return the pan to the oven and bake for 35 mins or until the pastry has puffed up and is a deep golden brown.
Slide a palate knife around the edge of the tart, then put a plate on top of the pastry, serving side down. Flip the pan over to turn the tart out onto the plate – be careful not to burn yourself with the handle. Top with the orange zest and a sprinkle of sea salt, then serve with a peppery salad on the side.